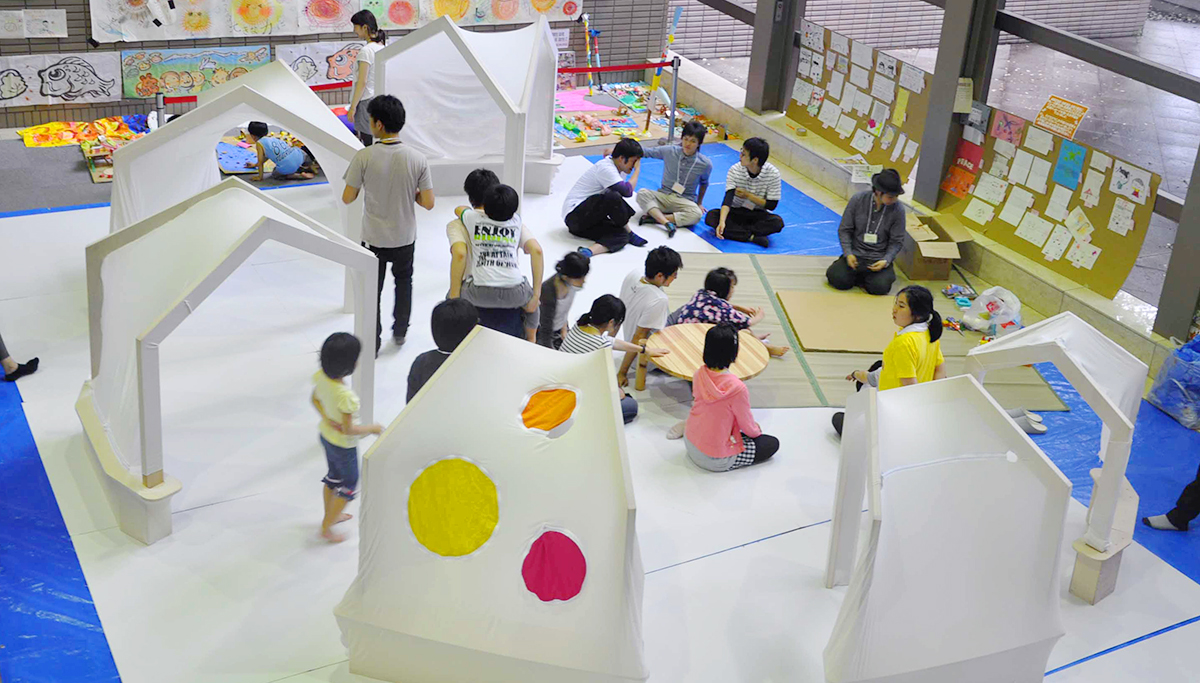 On March 11th, 2011, a major earthquake and tsunami destroyed cities, and countryside along the Eastern seaboard of Japan. One of the atomic power plants in Fukushima was damaged, and contaminated the surrounding area with high amounts of radiation.

People fled to neighboring cites, and lived together in the escape zone. More than 600 people were forced to live in one big gymnasium. We found our-selves worrying about the children who are not allowed to go outside to play. They were continuously watched over by protective adults, and thus would learn to behave like adults within the repressive rules of the emergency. What if they lost their passion for playing, and creativity? Then we would loose the future of our country.

We began an action committee to explore how to create ideal conditions for children’s creativity under such circumstances. The resulting idea was to make a series of children-sized shelters where they can forget about being under the constant protective eye of adults.